A Christmas Story: The History of Home Heat as We Know It - H.A. Sun Heating & Air Conditioning, Inc. Skip to content
A Message from H.A. Sun about COVID-19

It’s time for you to sit back and relax as we tell you a story by the fire. But this isn’t just any Christmas story; it’s the story of HEAT!

Of course, the story of heat technology started over a million years ago, with that fire you see in front of you!

Scientists believe that humans had the power to control fire up to 1.7 million years ago, although it’s not too easy to verify that, and scientists are still arguing about the timeline.

But whenever it was, all we know is that one day a caveman or cavewoman figured out that, by grinding wood or stones, they could create a fire! This was important not just for cooking and for keeping themselves alive in winter, but also because it allowed cavepeople to travel to colder parts of the world. Pretty cool, huh?

They even put holes in their tents to allow smoke out the top. But at most it was 20% AFUE, since most of the heat was escaping to the cold air outside. Not very efficient, huh? ?

Now, fast forward over a million years to 2500 BC. The Greeks, ever ahead of the game, were using fireplaces, and were even coming up with basic ways to heat underneath floors. By 1300 BC, Middle Eastern peoples were coming up with more advanced radiant heat techniques. They, and later the Romans, would install hollow areas under the floor, supported by columns. They had a fireplace on one side of this under-floor area, and let the heat circulate. People in ancient Korea were doing the same thing, too, so it just goes to show how cultures around the world will come up with the same ideas, without ever talking to each other!

The next big improvement on this, other than cast iron box stoves and furnaces, was in the 1700s.

A Scottish man named James Watt invented the first steam heat system, using a boiler and pipes. He came up with a more efficient steam engine by realizing that what we know today as a condenser – a place where a gas is turned into a liquid – needs its own separate part in any machine. You’re probably most familiar with the term “condenser” because of your A/C condenser.

Anyway, this guy was a complete genius! Without him, we probably wouldn’t have anything that we have today, because his steam engine was twice as efficient, and allowed the Industrial Revolution to take off. You may have even noticed that the unit “watt” was named after him!

So, great, now we have boilers and steam heat. But when did we get electric heat?

Well, you might be able to guess who did that one…It was none other than Thomas Edison who invented the electric heater! He had a “lightbulb” idea in the 1890s: and so, electric heaters back then used bulbs.

But there’s another name you probably haven’t heard before: Alice Parker. In 1919, she came up with a patented system using natural gas to power a furnace, and in fact, her system completely paved the way for the gas furnaces we know today! Her design was the first to utilize natural gas instead of coal or wood!

So as you can see, the history of heat isn’t just a bunch of “hot air”… it’s hundreds of people over time making awesome contributions and refining on the foundation before them.

Not to toot our own horn, but we here at H.A. Sun like to think of ourselves as innovators too, keeping up with the latest technologies and bringing them to you. 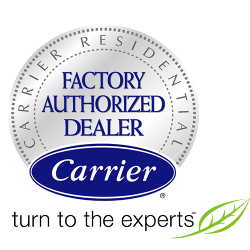